In one ancient world, there was a region where strange majicks and demihuman races thrived. The “Vanished Lands” were blessed by the gods and cursed by prophecy. Travelers became adventurers, and adventurers strove to be heroes in the face of many perils and wonders.

Various groups of mercenaries and diplomats have fought humanoids in the northwestern borderlands, encountered pirates on the Sea of Nagendwa, and wandered the hostile Halmed Desert and the wide Plains of Sathendo…. 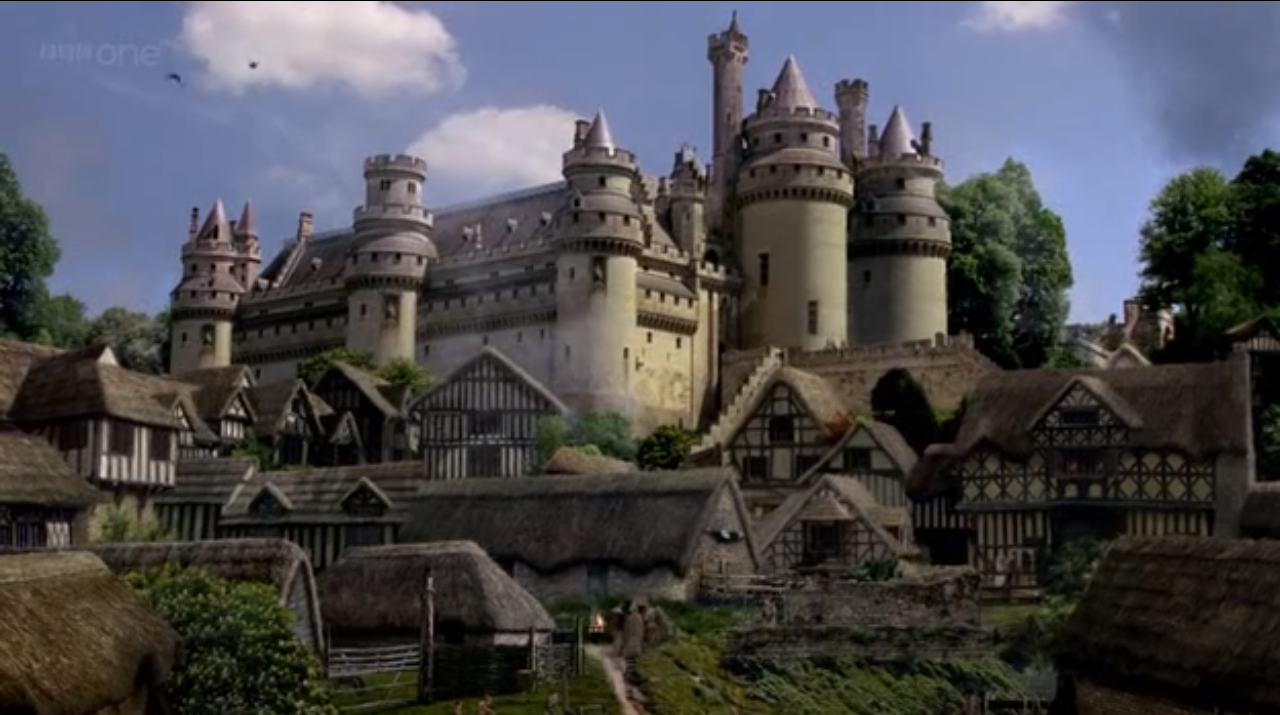 “10 March to 25 October 1228 B.C.E.:” After finding his lost love Lady Katarina, Prince Corwin proved that court mage Lord Dalek was responsible for her maiming and imprisonment. As the Tiefling (demon-touched) wizard is hauled to the dungeon, exonerated Corwin visits the polymorphed mermaid at the Houses of Healing to spend her last hours with her.

Meanwhile, the prince’s friends prepare for his challenge of his half-brother Daven’s right to the throne of the (proto-Celtic) human kingdom of Saganim. Giacomo du Vane goes to the Bardic College to research magic and see if there is any connection between Lord Dalek and Prince Daven.

Hamfast Hammerfist spends his time at Ghanki’s Gin Pub, where he learns that Saganim sailors have no love for arcane spellcasters. Scully Strongbow goes to Daven’s Theater to keep an eye on the prince, who is in the patron’s box with betrothed Julia and friend Sean Sable, whose house is suspected of necromancy. Scully reports to Corwin via owl Owlicious.

Dressed as a servant, Tempestade watches Dalek’s room in the Gilded Keep. The Monk observes a crow on the windowsill, as well as Lord Stefan Sable, who searches the room with some guards.

Elsa Fairbottom visits Pfenik, a Brownie at the Grove of Arbos. The Dwarf Druid asks Pfenik if he’s interested in traveling beyond the city of Thadenis, and he agrees to join her. Elsa later charms some rats to watch the embassy of the nefarious kingdom of Zuromm.

Meanwhile, Corwin’s other half-brother, Prince Garamond, guards the tents and wagons of Vistel’s Circus with his Reptile Folk pirate crew. The wanderers regroup at the Happy Brownie Inn to compare notes.

Sometime later, Giacomo goes to question Dalek but learns that the Tiefling has escaped! His two guards have apparently killed each other, but no trace of poison is found.

Corwin, Hamfast, and Garamond race to the palace, where Tempestade searches the mage’s quarters. Giacomo reviews the list of items taken from Dalek.

A Detect Magic spell reveals a rope ladder leading from his cell to the kitchen, where the group finds a surprised maid and an enchanted knife. Hamfast confiscates some food. The trail leads to rocks at the base of the tower walls, surrounded by the East Rush River.

Corwin consults “Melchior Merryman” [Byron V.O./Non-Player Character], a Cleric of Ulandt, lady of rest, and counselor to Queen Margaret. Melchior notes that the doppleganger who attacked King Edmund II was likely working with the disgraced Dalek, as was servant Gudrun.

Hamfast identifies the knife as a style belonging to the Rakshasa, the demonic tiger folk rulers of the neighboring Garku Nasit. Scully continues her stakeout of Prince Daven, but Tempestade finds no sign of a boat at the base of the Gilded Keep.

The next morning, Corwin casts Change Self to anonymously visit the Zuromm embassy. The prince boldly bargains with Lady Dolista, a seductive Drow (western Dark Elf) diplomat. She agrees not to contest his or Garamond’s right to the throne over that of Prince Daven in return for mutual noninterference for a year and a day.

Giacomo brings the Rakshasa blade to the Clerics of Brijitt, goddess of fire and poetry, and the Harandrim Academy for further study. Friendly Flind Scully meets with “Sir Niac” [Mike F./N.P.C.] and the knights of Otih, lord of the sun and justice, who also agree to support Prince Corwin.

Back at the Hall of Thanes on the Isle of Valor, Prince Corwin formally challenges Prince Daven for the right of succession. Corwin, also known as Prince Berek, calls Niac as a character witness. The Wolfen Paladin states that Corwin has acted in the kingdom of Saganim’s interests, even when he was away from the capital.

Ambitious Daven calls Skilti, the palace cook, to testify on his behalf. Corwin and his allies don’t trust Skilti, who recently tried to serve the king a cooked varun, or Underdark cat. Corwin then calls Lady Dolista to the stand.

The Drow emissary admits that she gave Prince Daven gold, and Giacomo produces Zuromm coins covertly taken from the prince as evidence. Dolista is less cooperative than Corwin had hoped, but her testimony does sway many in the court.

“Black Raven” [Michael C./N.P.C.] testifies that he found evidence linking Corwin to the death of Adric Thumon, squire to Sir Banor Finney. However, the scout also notes that Thumon had enslaved a tribe of Goblins at a secret silver mine.

King Edmund, son of Athelward the Just, pronounces his verdict: His second son, Garamond, is the new heir apparent. Edmund’s eldest, Corwin, is required to spend a year and a day within Saganim’s borders to atone for his flight after the apparent murder of Lady Katarina and for the death of Thumon.

Prince Daven, the youngest son, is ordered to spend a year and a day outside of the kingdom to make a name for himself and demonstrate Saganim values of valor and honor. Daven leaves with the Lady Julia, Sean Sable, and his hippogriff.

Corwin and his companions say farewell to Orlando Vistel and his circus, which leaves Thadenis. Tempestade and Elsa are tempted to go with the performers. The displaced Monk also expresses interest in heading to the warmer lands to the south.

Several months pass. Giacomo offers his services as a court wizard to King Edmund and continues his relationship with Maggie Oakleaf, a droll Sylvan Elf student at the Harandrim Academy. Akael Nightmist helps the mages watch for Dalek, still at large.

Hamfast and Elsa visit their homeland in the Ivory Mountains to the north. Pfenik and owlbear Oswald travel with them through the (proto-Western European) human kingdom of Hifalendor to the Zeda kingdom of the Dwarves and Gnomes (and some humans).

Scully acts as a scout for the knights of Otih, exploring caves near Thadenis. The canine humanoid also becomes close with Sir Niac and learns about sailing from the onetime “Dragonslayer.”

Tempestade spends two months becoming a friar at the temple of Otih. The martial artist also inquires about ways to his distant homeland and for a refuge for freed slaves. He reads about an obelisk supposedly guarded by a purple worm in the distant port of Gisar.

Prince Corwin works with the Bardic College to burnish his brother Garamond’s reputation. True to his word, the Bard also helps the crown prince strengthen the kingdom of Saganim’s economy and defenses. He keeps a wary eye on Lord Stefan Sable and Lady Dolista.

Corwin also gets reacquainted with his family, hunting with father King Edmund, playing chess with stepmother Queen Margaret and stepsister Catherine. According to reports, Prince Daven and Sean Sable have traveled east to the barbaric Gusorin Confederation.

In the Ivory Mountains, Hamfast brings Elsa and Pfenik to his home hamlet. The Dwarf and Brownie find the human’s family as taciturn as he is. Hamfast gives his brother Olaf money for the care of wife Helga and a son and daughter.

Perceptive Elsa realizes that detached Helga was once Hamfast’s wife and that the children are his. Hamfast matter-of-factly explains that the relationship didn’t work out.

Olaf brings the visitors to a nearby farm, where injured Hans [Beruk/N.P.C.] waits for the Tottenkoff. Druid Elsa offers healing, but the Zeda humans look at her with confusion. Hamfast coldly performs his duty, ending Hans’ suffering and shocking Elsa.

Meanwhile, back in Thadenis, Giacomo starts a scholarship fund for underprivileged youth and studies magic at the palace. Tired Scully gets a tailored outfit to minimize her frightful appearance, and Tempestade asks her to teach him the basics of sailing.

Corwin tries to conduct diplomacy with Lady Dolista and hears rumors of a new cult in the city. The prince tells the council and Bard Maeve Gallagher about his intention to leave when his year is finished. King Edmund also looks fatigued at public events.

Rather than return to her clan, Elsa busies herself with brewing and mapmaking. Strong Hamfast helps out around his brother’s farm, cutting trees from the dense surrounding woods. Pfenik repeats rumors about renegade Druids, who no longer defend the balance of nature but instead seek power for themselves.

Hamfast, Elsa, and Pfenik decide to return to Saganim early rather than spend winter in the mountains. They meet their friends at Ghanki’s Gin Pub and are surprised at how bedraggled Scully and other patrons look. Corwin suspects the evil cult.

Hamfast drinks heavily, and Tempestade says that fog and will o’ wisps have been seen around the Isle of Grief. Elsa, Pfenik, and half-grown Oswald go to the Grove of Arbos, where fellow Druid Lorcan Mahoney relates the tale of a dragon whose breath induced sloth among his subjects.

Giacomo finds Maggie curled up asleep under a desk. Exhausted, Scully goes for a moonlight sail with Niac, while Corwin casts Detect Magic and finds that the capital has fallen under an enchantment. Sylvan Elf Akael later confirms that a Theft of Sleep ritual has been used to weaken the populace and to help rouse a sleeping or Undead entity, even as Samhain approaches….

As you can see, I’m still catching up on gaming notes, and I’m sorry that I missed Josh’s Dungeon World one-shot. In the meantime, please remember to double-check your Player Character records on Obsidian Portal and let me know of any changes or corrections.

I look forward to continuing our “Vanished Lands” and “Vortex” campaigns into the fall! -Gene