In one ancient world, there was a region where strange majicks and demihuman races thrived. The “Vanished Lands” were blessed by the gods and cursed by prophecy. Travelers became adventurers, and adventurers strove to be heroes in the face of many perils and wonders.

Various groups of mercenaries and diplomats have fought humanoids in the northwestern borderlands, encountered pirates on the Sea of Nagendwa, and wandered the hostile Halmed Desert and the broad Plains of Sathendo….

Welcome to the "Vanished Lands ," a homebrew fantasy setting that I've been running since 1982! Each role-player and adventuring party has added to this world. I’ve used several editions of Dungeons & Dragons, as well as GURPS, Pathfinder, FATE 3e “Legends of Anglerre”, and the D20 OGL Basic Fantasy RPG. My groups in New York, Virginia, and Massachusetts have also played in my “Gaslight Grimoire” steampunk scenarios, “Societe de Justice Internationale” superhero campaigns, and “Vortex” space opera.

The current face-to-face group in the Boston area meets on Monday nights, and other Game Masters have also run miniseries and one-shots. This Obsidian Portal wiki began as a backup to our Yahoo/eGroups and Google Groups Web clubs. In addition, a teleconferencing group has been meeting on weekends using Skype and an online dice roller. Feel free to explore this site, and let me know if there’s any information you’d like to see. Happy gaming! -Gene 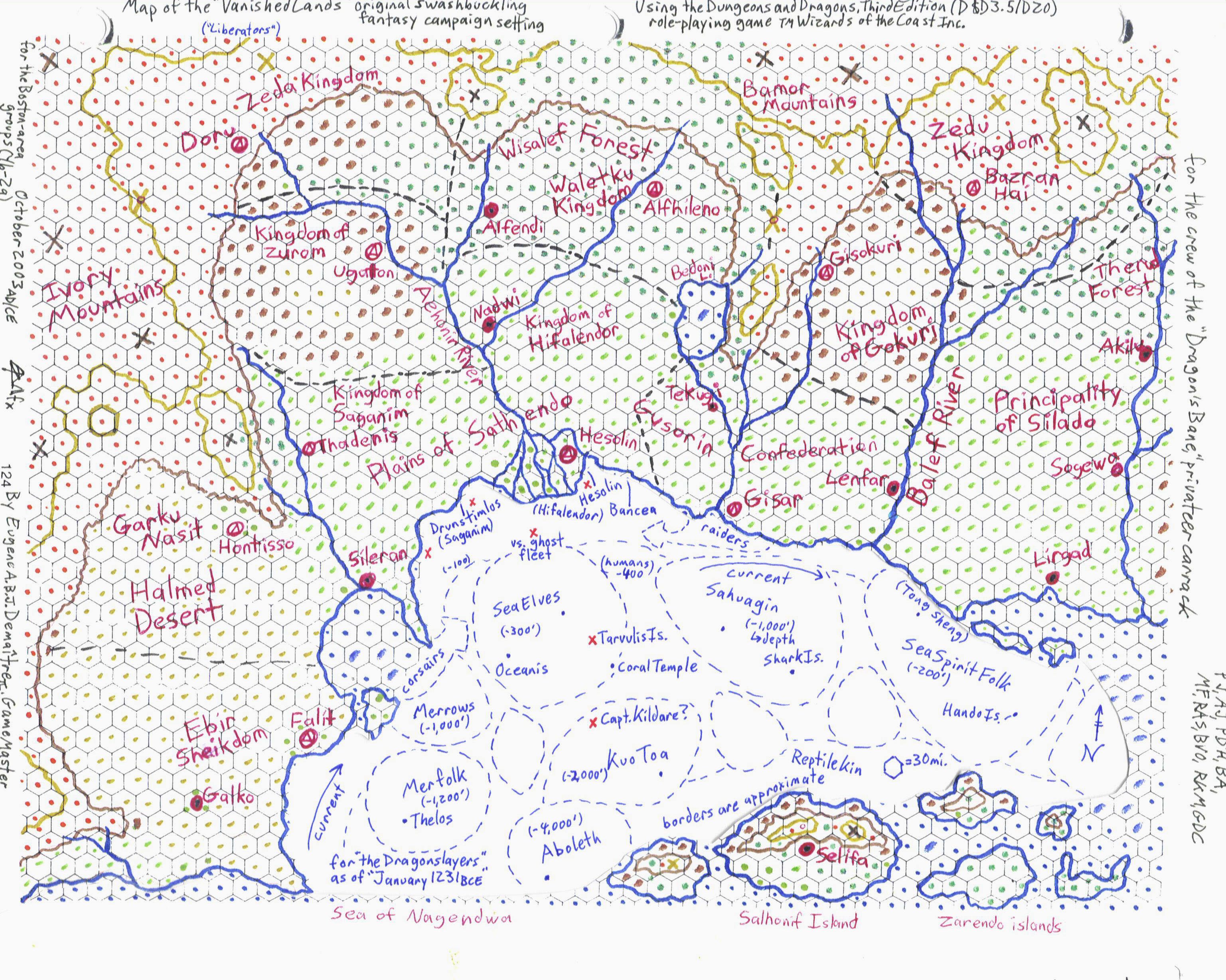 Welcome! I’m testing this site as another way for us to share information about our game online. Let me know what you’d like to see here, and don’t hesitate to post your own ideas! -Gene