Background: “Spinner Cogsworth” was born “RumblegutsTumbler…” to Bard NimbletongueTumbler… and Illusionist GlimmerWingTumbler… — a comfortably upper middle class family. He had a traditional Gnomish childhood, with lots of encouragement for intellectual curiosity, love of animals and nature, and respect for magic.

Spinner has a younger brother, NimbletoesTumbler… who became a moderately successful Bard, following in their father’s footsteps. The family did have to travel frequently. Spinner’s best friend as a child was a terrier named Chip, now long dead.

Speaking of the deceased, Spinner recently lost his great-uncle Grubchucker… a fearless tinkerer. His childhood crush was Lena Sparrowing, a Gnome classmate, but her older brother Tucker was overprotective. Spinner’s first true love was Belanna Trueheart, a Halfling whose family migrated during recent wars.

Despite his nonconformist tendencies, Spinner reflects his upbringing more than he’d care to admit. Like many punks, he’s rebelling against normalcy rather than injustice. He also fears not being remembered and often tries too hard to cop a tough attitude.

The young Gnome once hoped to become an impressive Wizard but found himself working at a munitions factory, where he helped make Alchemist’s Fire bombs, oil for arrows, and containers for poison and holy water. Unfortunately, a Half-Elf named Keldar stole the credit for some of his inventions.

In addition, his human boss Karl Danilov was a bully. Spinner was recently fired, and the ordinarily tenacious Artificer was glad to quit, since his heart wasn’t in his job. Even though he’s penniless, Spinner still hopes to make his mark on the world, whether or not it’s ready for him. He’s interested in chasing down random leads and hopes to find adventure….

Skills (on 1d20; by Attribute bonus, ranks, total; 10 points to start, +1 point per session or +5 points per level; ranks limited to level) 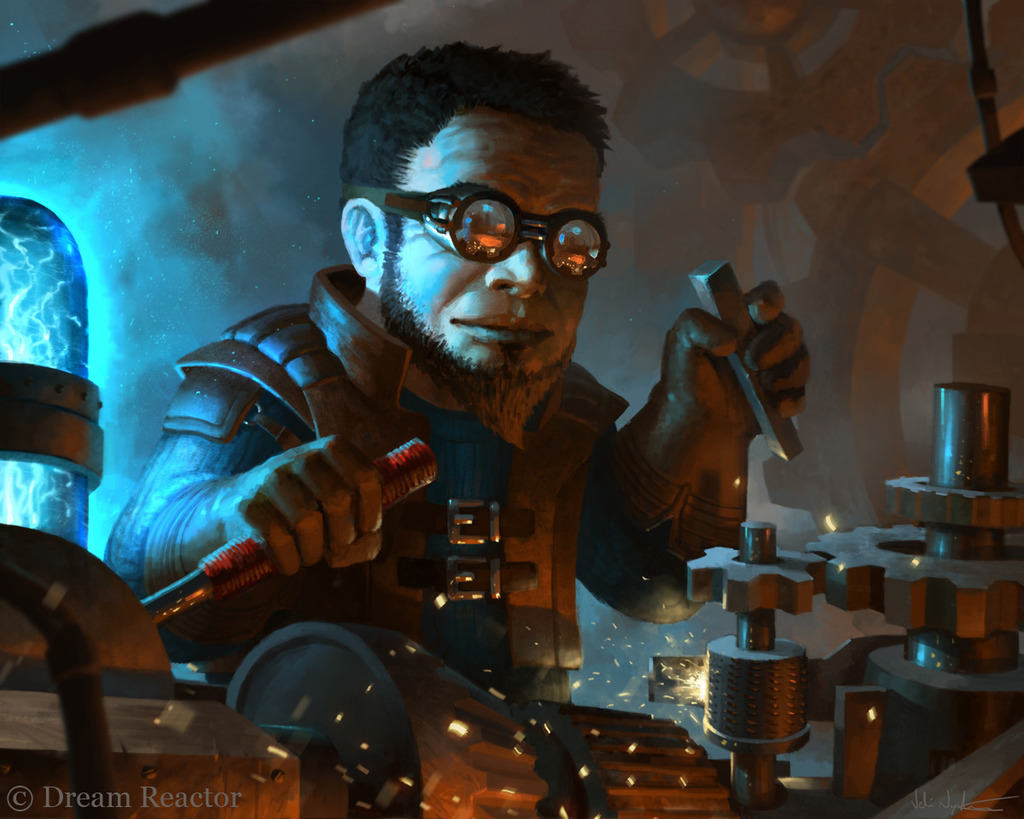