“My story begins almost 30 years ago, when Athelward the Just was chief of the Saganim clans, and the sun shone down on a land yet untroubled by monsters and wars. Prince Edmund and his cousin Cormac ap Morgan traveled across the ‘Vanished Lands’ in search of adventure.”

“Edmund the Strong fell in love with a harp-playing Elf named Lyrilian Moonshadow, and they had a son, Berek. The rare Half-Elf learned to fight from his father and about art from his mother. Unfortunately, Lyrilian died in childbirth, leaving Berek at 14 with a younger sister, Karenna, at 11.”

“When Edmund became king, he remarried, and Queen Margaret is loved by the people. Her son Garamond got along well with his older siblings, despite the difference in age. Edmond also fathered another son, Daven, by consort Galera. Our people are more flexible about kin than our neighbors in Hifalendor. Garamond and Daven were more like their father than Berek ever was.”

“For a few years, King Edmund had Corwin trained just by warriors, trying to rid him of his ‘musical nonsense.’ During this time, Corwin found out about the wonders of women and begged for training as a Bard.”

“Berek fell in love with his tutor Katarina. However, that Bard was already married to Dalek, a Tiefling Mage and advisor to the king. Their affair was discovered, and Katarina disappeared. Blood was found in her chambers, and the prince fled to the stormy Sea of Nagendwa. Many regarded this as an admission of guilt. I am Berek, son of Edmund, but I have renounced my claim on the crown of Saganim.”

After running away and joining Vistel’s Circus, Corwin worked his way up to ringmaster, with the guidance of Orlando Vistel. After a few years, he eventually returned to the kingdom of Saganim, encountering enslaved Goblins, a fleshcrafting Necromancer and serial killer, and Orc scouts.

In the capital of Thadenis, the prince and his friends managed to clear his name of the false charges of murder. He also successfully challenged half-brother Daven for succession to the throne, resulting in Garamond’s designation as crown prince. After fighting evil cultists in Thadenis’ sewers, Corwin and fellow former circus performers headed south…. 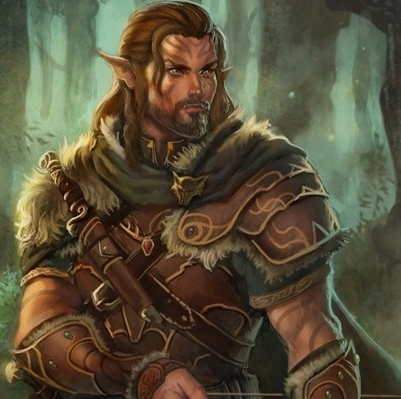