“8 to 9 March 1228 B.C.E.:” Members of the performing troupe continued their investigations into corruption in Thadenis, capital of the (proto-Celtic) human kingdom of Saganim. The Lizard Folk pirates of Prince Garamond guarded the circus in the Agora (market square).

Corwin Windsong, revealed as Prince Berek, seeks to clear his name before he can challenge his half-brother, Prince Daven, on his right to succeed King Edmund II. First, the Bard must prove that he didn’t kill Lady Katarina, his onetime tutor and lover, as well as the wife of Lord Dalek, a Tiefling (demon-touched) Wizard and royal adviser.

Elsa Fairbottom and Tempestade go to the tower of Otih. “Uldor” [Thomas K.Y.], a helpful Cleric of the lord of the sun and justice, referred them to the temple.

Elsa explains how a Doppleganger recently attacked the king, how her companions found a varun (Underdark cat) butchered in the palace, and how Corwin talked with Drow (western Dark Elves) and Duergar (Gray Dwarves) at the Zuromm embassy. Niac replies that Corwin must come to the tower of Otih “for purification” and to verify his innocence.

Giacomo du Vane, Hamfast Hammerfist, and Scully Strongbow return to the Gilded Keep on the Isle of Valor. The Hifalendorin mage and Zeda Fighter question members of the castle staff about the night of Katarina’s presumed murder. The albino Gnoll uses her keen nose to sense nervousness and deception.

The trio first questions cook Skilti, who saw young Prince Berek run by in a panic on a dark and stormy night. A trail of blood was found near Dalek and Katarina’s chambers, and Berek’s flight from the city was interpreted as a sign of guilt. Like Princess Catherine, Berek’s partying younger sister, old Skilti believes that Corwin loved not too wisely but too well.

Meanwhile, Corwin goes to the Bardic College, where he finds fellow musician Maeve Gallagher. She reports that Lord Dalek is rumored to be wooing Princess Catherine. Prince Berek asks the priestesses of Brijitt, goddess of fire and poetry, to help defend his reputation to the Saganim people.

Giacomo, Hamfast, and Scully talk with Gudrun, a chambermaid who professes no love for “spoiled princelings.” She said she was bringing laundry from the royal chambers. Elsa and Fighter Hamfast learn that Berek was seen running with blood on his hands and that Katarina’s body was never found. Ranger Scully smells salt water on Gudrun, who claims that she prefers to eat her favorite fish away from other servants.

Sir Niac agrees to help Elsa, but he notes that Lord Dalek’s chambers are likely magically shrouded. Tempestade (who had tried to make a berimbau) seems more curious about how Otih’s followers oppose slavery and about joining their order than about Corwin’s fate.

In the Gilded Keep, Giacomo, Hamfast, and Scully question Aella, a pious servant. After some cajoling, they persuade her to recount what she saw on the night of Katarina and Berek’s disappearances from the palace. Aella says that she saw Gudrun running in the opposite direction of most people — including Berek — on lower level where she wouldn’t normally need to be.

Because Aella fears for her own safety, the trio takes her to the temple of Otih, but not before asking Morgaine, handmaiden to Queen Margaret and Melchior’s wife, to keep an eye on Gudrun.

Corwin confesses his sins to Sir Niac, including how he killed Adric Thumon, the squire to Sir Banor Finney who was running a silver mine operated by Goblin slaves. Thumon had surrendered, but Corwin and company killed him anyway and freed the slaves, who then went with Dubwana (Hobgoblins) from the Garku Nasit.

The knights of Otih are impressed by Prince Berek’s honesty and agree to support him in both his trial for Lady Katarina’s presumed murder and his challenge of the ambitious Prince Daven’s ascension to heir apparent.

Corwin, Niac, and friends listen to Aella’s story and send messages to Prince Garamond and Maeve telling them that they have testimony exonerating Berek. They then take a rowboat to the Isle of Valor to search the area beneath the Gilded Keep.

Hamfast and Tempestade work the oars, while Scully and Niac search the rocks. Giacomo and Corwin impatiently wait with Aella at the temple of Otih because Prince Berek is banned from the palace until his trial.

Elsa spots a pile of fish bones on a rock. As the boat pulls close, Tempestade sees a cave opening behind the rock. Scully leads the way, and Hamfast lights a torch. They see movement, followed by a woman’s wail. 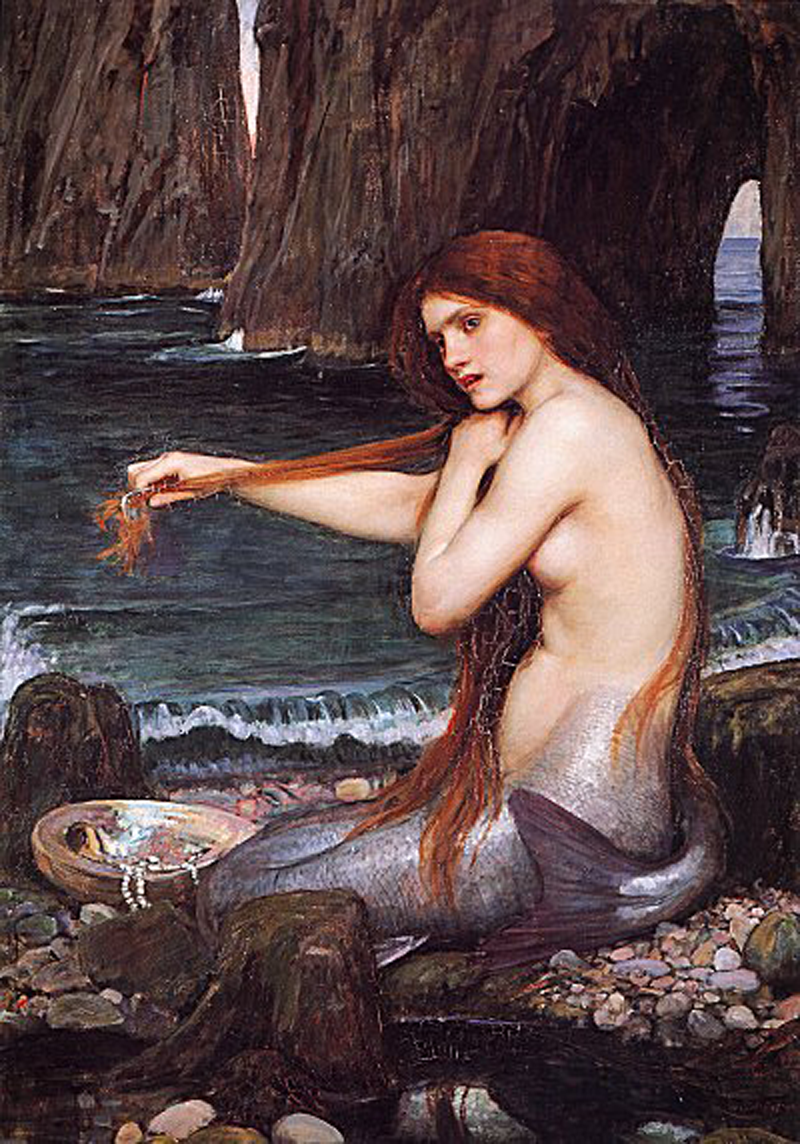 Scully and Tempestade are momentarily stunned, but Hamfast and Elsa press forward on the slick rocks. Sailor Niac flirts with Scully and secures the boat. Hamfast draws a knife and tries to jump on the woman [Beruk/Non-Player Character] before she crawls away, but he misses. The investigators realize with horror that her legs (or fins) have been hacked off.

Ensorcelled, Scully shoves Hamfast away from the crippled siren, whose strawberry blond hair reminds everyone of Corwin’s description of Katarina. Elsa casts Protection From Evil on Hamfast and gives him her mace.

The woman slashes at the burly human with a cutlass, and Niac readies his club. Hamfast tries to subdue the screaming woman, and Elsa prays to Gaia and Moradin for Guidance. Hamfast knocks out the malnourished mermaid and takes her to the boat, where saddened Scully wraps her in a blanket.

They return to Otih’s tower, where Berek is shocked to see how Katarina has been magically transformed and crippled. The Paladins of Otih take the former captive to the Houses of Healing so that the Clerics of Ulandt, lady of rest, can attend to her many wounds.

Sometime later, King Edmund and Queen Margaret preside over the trial of Prince Berek. Among the attendees are Lord Dalek and Lord Stefan Sable, whose house is suspected of necromancy. Dalek repeats his charge of murder against Berek, noting that the prince fled after Lady Katarina’s disappearance and that his bloody handprints were found.

Giacomo, acting as Corwin’s counsel, points out that the evidence is circumstantial. Aella testifies that as angry as Lord Dalek now seems, he was calm after the blood trail was found near his quarters.

Melchior and Sir Niac unwrap Katarina, causing the crowd to gasp. Giacomo observes that only a few spellcasters in all of Saganim would be powerful enough to permanently transform her, and he accuses Gudrun of working with Dalek and feeding on her.

Hamfast holds furious Corwin from attacking Dalek, and King Edmund shares his son’s righteous anger. Guards haul unrepentant Dalek and Gudrun to the dungeon to await the headsman. Giacomo recommends that they be searched for magical implements, and Scully and Elsa are relieved that justice has prevailed. Scully hugs Corwin.

Melchior says that now that Dalek’s magic is waning, Lady Katarina has only days to live at most. Corwin mourns for his lost love, even as Scully seeks out Niac’s company and the circus prepares for its next performance….

Welcome back, Josh, and I hope that everyone enjoyed the dramatic game! It’s interesting that we’re wrapping up major chapters in both the “Vanished Lands” and the “Vortex: Terra’s Pride” telecom space opera. Note that your Player Characters have leveled up — I’ll double-check adjustments by our next session.

I look forward to Rich’s Star Wars: Edge of the Empire playtest next Monday, and I’m sorry that I’ll be missing Josh’s Dungeon World one-shot later this month. In the meantime, take it easy, -Gene