Mystery meat at the Gilded Keep

“4 to 5 March 1228 B.C.E.:” Some of the wanderers had gotten royal permission to investigate possible corruption in Thadenis, capital of the (proto-Celtic) human kingdom of Saganim. However, the ceremony designating Prince Daven as heir apparent was interrupted by his half-brothers, Garamond and Berek (Corwin Windsong’s true identity).

After a performance in the Agora (market square), the adventurers reconvene in “Ghanki’s Gin Pub,” where they decide that the princes’ parents could be in danger. Prince Garamond agrees to guard Vistel’s Circus with his Lizard Folk pirates, and Prince Berek takes a few of his friends back to the Isle of Valor.

Hamfast Hammerfist has little difficulty posing as a partier headed to the “Crystal Goblet,” and Scully Strongbow tells sentries that she’s hunting vermin with her owl. Elsa Fairbottom claims to be searching for rare herbs in the queen’s gardens — even though it’s late at night.

Giacomo Du Vane stays in the archives, researching House Sable, which he suspects of necromancy, and options for Berek’s trial for the disappearance of the Bard Katarina several years ago. She was his tutor and lover, as well as the wife of Dalek, a Tiefling (devil-touched) Mage and counselor to the king.

Corwin casts Change Self to pose as a guard and gain entry to the Gilded Keep. He follows King Edmund II and Lord Stefan Sable to a chamber and waits outside. The disguised prince notices a very large cat prowling the corridors. The feline hisses at Berek as he shoos it away. The creature’s shadow changes shape as it rounds the corner.

Meanwhile, Elsa and Hamfast approach the Hall of Thanes. The Dwarf Druid casts Detect Magic but doesn’t find anything wrong with the guards. The tall Zeda human can almost pass as a blond Saganim warrior. Gnoll Scully pretends to chase her owl to a tree near the palace, in the hopes of climbing up to keep a better watch.

Corwin nods as Lord Stefan leaves the king’s chambers, and he hears his father apparently arguing with Queen Margaret. The errant prince hears furniture breaking and smashes in the door, only to see the queen perched unnaturally over King Edmund!

The Bard quickly casts Sleep, incapacitating the woman. As he bends down to help his father tie her up, soldiers arrive with Lord Dalek. The court Wizard says that Corwin has attacked the king, but Edmund groggily vouches for him.

Dalek’s Dispel Magic removes Berek’s disguise and reveals the attacker as a Doppleganger. The king angrily orders his men to scour the castle for the real Queen Margaret, and Prince Berek persuades his father to let him to join the search rather than be expelled.

At the gate tower, Elsa and Hamfast try to talk their way past the guards and hear a commotion inside. Scully decides against scaling the Gilded Keep’s walls and joins her friends.

Corwin/Berek must tread carefully with various nobles watching him. Retracing the queen’s steps back to her chambers, he finds his sister Karenna, who slips him a note telling him to go to the Cathedral of Edillon.

Corwin grabs Hamfast, Scully, and Elsa, and they go to the temple of the lord of the winds. High priest Gwawn takes the group past Paladins and down into the crypt. There, he reveals a secret passage that leads farther beneath the Isle of Valor.

In a subterranean cell, the team finds Queen Margaret fully decked out in armor, flanked by handmaiden Morgaine and “Melchior Merryman” [Byron V.O./Non-Player Character], a Defender of the Night. She explains that they were exploring passages added while the royal family had fled the city when it was under attack by Dubwana (Goblinoid) legions from the Garku Nasit.

The Saganim sovereign recommends that Prince Berek interrogate the shapeshifter and check on his siblings. Queen Margaret reassures him that now that the alarm has been raised, she and King Edmund will be safe.

Corwin and company go back to the castle, where Prince Daven and his girlfriend Princess Julia have just arrived on his new hippogriff. Daven accuses Berek of interfering with state security, and Elsa asks Daven where he has been.

The crown prince replies that he was with friends at his theater near the Bardic College. At Scully’s recommendation, Elsa communicates with the hippogriff, which corroborates Daven’s story about being across town.

The investigators head to the dungeon, where the Doppleganger changes itself to resemble Corwin. It taunts him, trying to loudly implicate the prince in a plot to the guards. The would-be assassin yields no further information.

In the kitchen, Berek is greeted by cook Skilti, who remembers him as a boy. He is butchering a strange animal, which he said was just delivered to him already skinned. Corwin is horrified to recognize it as the unnatural cat he had encountered, and he casts Charm Person to keep Skilti from putting it into meat pies. 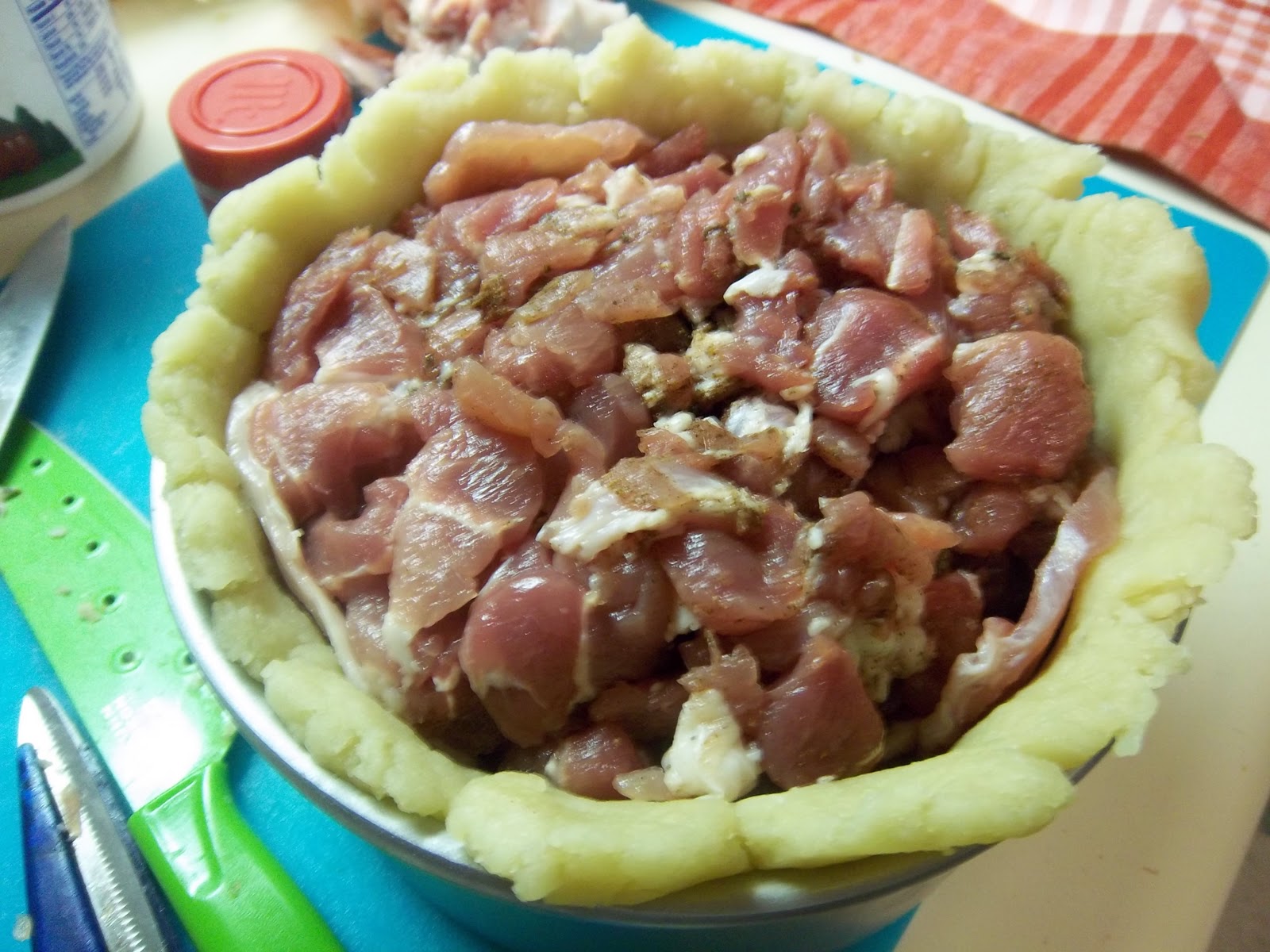 Berek recalls that Dalek’s familiar was a bat but still believes that the mage, House Sable, and Daven are up to no good. The carnival folk leave the Isle of Valor and bring the cat carcass to the Grove of Arbos, where Scully and Elsa met Brownie Pfenik.

The helpful Fey says it could be a varun, a breed of cat used by the Drow (western Dark Elves) of Zuromm. The exhausted party returns to the Agora to catch a few hours of sleep in their familiar tents and wagons guarded by Garamond.

The next morning, Elsa leads the way to the Royal Society of Cartography to ask “Ulrich Vandermoor” [Ted A.H./N.P.C.] for fragmentary maps of the Underdark. At the tower of the Tartan Guard, Hamfast hears Sir Owen’s tales of attacks by giant spiders and scorpions at the edge of the Halmed Desert.

Prince Berek sends a message to the queen, who sends Melchior to meet him at the Houses of Healing. Corwin reports on his findings regarding the cat and his frustration in questioning the Doppleganger. Melchior suggests leaving the palace alone for a time and seeing if there are ties back to the nefarious Dark Elves.

Sister Ophelia, a priestess of Ulandt, lady of rest, tells fellow Cleric Elsa that the knights of Otih, lord of the sun and justice, are also trustworthy. Scully is interested in meeting Wolfen Paladin “Niac” [Mike F./N.P.C.]. Although Berek and Garamond oppose Prince Daven, neither is eager to become heir to the throne himself.

Corwin takes Scully to the Bardic College, where they meet with Maeve Gallagher, a priestess of Brijitt, goddess of fire and poetry. There, the Gnoll Ranger gets a makeover as Corwin considers Maeve’s advice on repairing his reputation with the people of Thadenis.

Hamfast notes that it might also be worth paying a visit to the Zuromm embassy, while Giacomo continues his studies….

Given the tragic events at the Boston Marathon, it’s understandable that we were all a bit distracted, but it was still good to get together with friends. Let us hope that justice prevails in the real world at least as much as in our fantasy ones.

Remember that we won’t be meeting next Monday, April 22, because David I.S. (who played Elf Ranger “Kelan” 25 years ago) will be visiting for the Boston Comic Con. There also won’t be a “Vortex: Terra’s Pride” telecom space opera session this coming Sunday.

Jason E.R.’s “Barsoomian Adventures: the Tenth Ray of Mars” planetary romance will continue on April 29, and good luck to Josh C.’s “Steam Wars” telecom group. I look forward to resuming our adventures in the “Vanished Lands” in May!