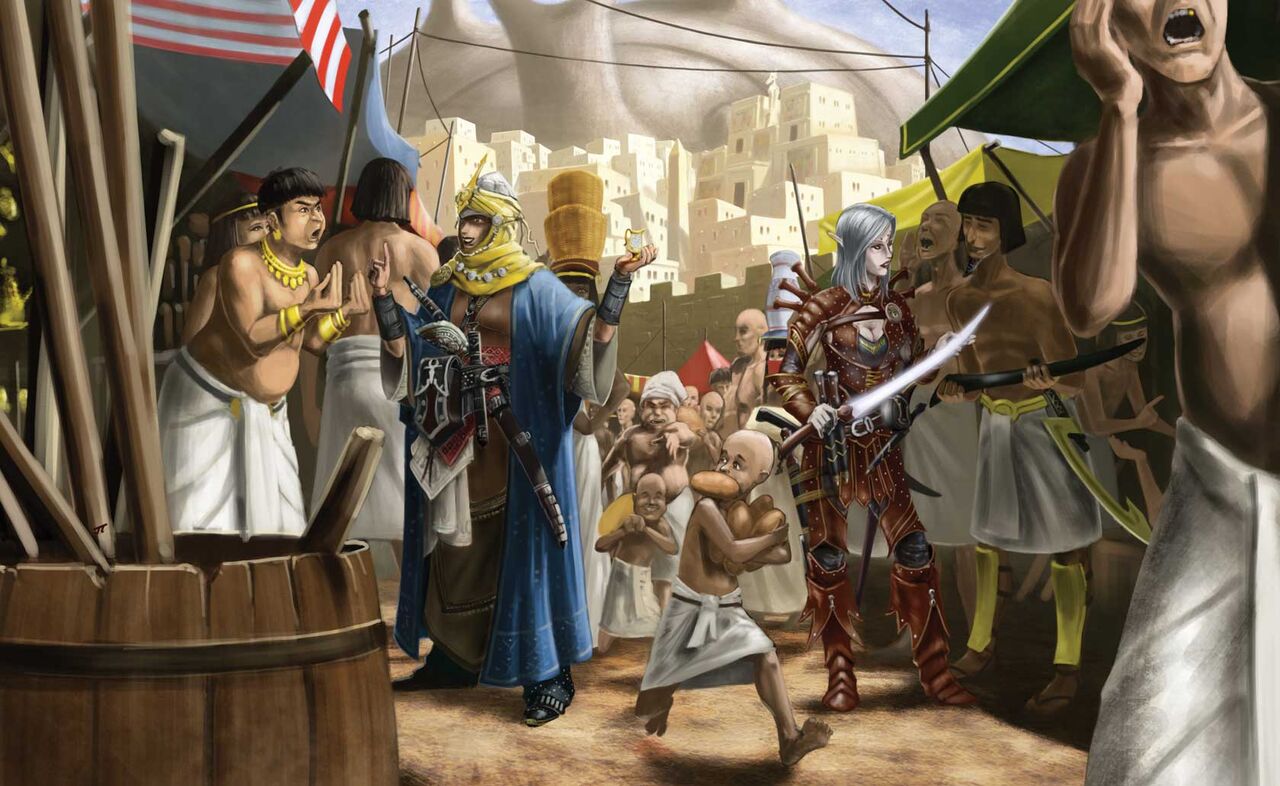 Session: 43.2, Into the Delta, or Aarakocra blocker

The hermit brought them to a dryad, who indicated several groups that would have such powers. Since the new adventuring party wasn’t able to get back to the city of Tanis before dark, it stopped at an island with an abandoned fort. However, upon further exploration, the fort wasn’t empty, and a strange woman charmed Smrithi before leaving….
Non-Player Characters: (Zikak joined team)

Meanwhile, Maketre returns to the leper colony to inquire about the pectoral fragment and has a brush with some corrupt Ghazis. Smrithi goes to the docks.
Non-Player Characters: Nefer-heb, Rai, Amasis, and

Zyren follows a lead on the house of Pentheru the Elder and sneaks in with Maketre, Rai, and Idebi. They encounter tomb robbers, Undead, and a winged demon. Idebi is slain defending Zyren, and Zikak helps them escape.
Non-Player Characters: Rai, Siunetheret, Sulbandi, Lady Baika, Kiya Takhat, Idebi, Nekhti, Sulbandi, and

Session: 43.7 — Cataclysm in the Catacombs

The adventuring party also finds the headless corpses of the victims of the family curse. Upon descending into the crypt, it encounters a spike trap and an Adherer.

The group slays feline Ubashki and finds fugitive assassin Rai speaking with the djinni Imanish, who is actually a demon. After a quick battle, Imanish is slain, and Zikak takes Rai back into custody of the Medjai.
Non-Player Characters: Nekhti, Breta, Ramose, Rai, Imanish

The adventurers reviewed what a Dryad had told them of possible perpetrators, heard rumors about the pharaoh’s sons, and learned that surveyors were snooping around a leper colony at the edge of town.

Six men ambushed the group at the run-down district, but they yielded no information before being executed by the order of Prince Khanefru, who planned to build a temple to Sobek.

The team then descended through a well, where it found a buried shrine to Neith, as well as a stone elemental and a night hag….
Non-Player Characters: