Fellow role-players, here are my notes from Day 2 of “Olsen Fest,” which Byron and his family graciously hosted in Stow, Mass., on Saturday, 28 January 2017.

Into the Eastern Wilderlands
Late in the Third Age, about 15 years after the dragon Smaug was slain and shortly after the expulsion of the mysterious Necromancer from Dol Guldur, two bands of adventurers answered the call for new heroes.

In the Three Towns near the Sea of Rhun, Turlac, Nurnen, Avil-Kur, and Laress learned about hidden magic. The Elves and humans fought Orcs and a Troll and fled westward into Dorwinion.

Meanwhile, Kiaran, Oz, and Tuin accepted a mission from King Bard of Dale to investigate a sorcerer’s tower. They rode south along the eaves of Mirkwood, defeating a Goblin ambush on the way.

The group from the Sea of Rhun manages to evade Warg riders in hills and tries to rest for a night. However, a pack of five winter wolves attacks the camp.

Elven archers Turlac and Avil-Kur kill two of the strangely intelligent wolves while humans Nurnen and Laress don their armor. They press their horses west and cross the River Running.

The party from Dale spots two different types of crows fighting. Oz shoots one down and treats its injuries, but the Hobbit learns that it is a servant of evil. Dunedain Kiaran wants to destroy the spy.

Elf Tuin spots several Dwarves riding giant lizards. Two of them catch up with the explorers. Groin Redhand [Ben/N.P.C.] and Brolin Redfist [Liam/N.P.C.] tell human Jovin they are from the Iron Hills. Boar rider Duergin notices the fight among the crows and sends his raven Chogan to investigate. The Warrior soon finds the team, and the three Dwarves agree to travel together for a time.

That night, the growing group camps in a cave. Jovin and Tuin hear distant wolves during the first watch. During the second watch, Duergin and Kiaran notice Groin acting strangely, while Brolin sneaks out and causes a cave-in.

The group swears vengeance against Groin and Brolin but eventually decides to stay on its mission to investigate the tower of sorcery.

Battle in the Blight
Sometime later, the doubled-up riders arrive at the edge of the East Bight. Two-dozen Orcs emerge in the morning mist, pursuing a Halfling Rogue. Bella runs into Oz, and they ride to some nearby hills as a diversion. 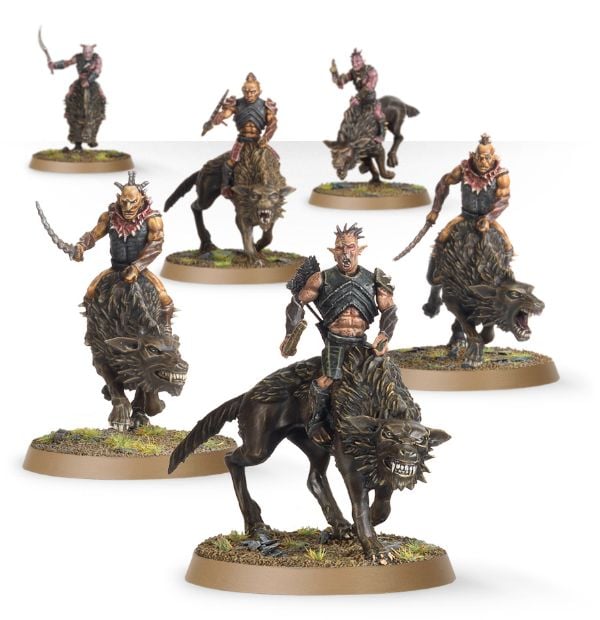 However, Kiaran and Tuin taunt the foul Orcs and goad Duergin into fighting for his honor. Jovin hides. Nimble Bella and Oz manage to lose their pursuers.

Determined Kiaran fires three volleys of arrows into a lead Orc, killing it. Angry Tuin knocks a Warg rider charging Kiaran out of the saddle and kills another.

Wily Jovin sets a tripwire and shoots at a leading Warg, as stolid Duergin draws his short bow at an Orc attacking Tuin.

Turlac and Nurnin hear sounds of battle ahead and ride in, followed by Avil-Kur and Laress. The Elves rain arrows upon the Orcs, injuring a few more.

Jovin directs his attacks on the Wargs, as newcomers Turlac and Avil-Kur team up to kill another armored Orc. Duergin wheels around on his boar steed and charges at a second squad.

Nurnin cuts down two minions of evil with his sword, but the Orcs wound Tuin, Kiaran, Bella, and Turlac. Laress spears Duergin by accident.

Dwarf Duergin misses with his warhammer, and human Laress maneuvers. Turlac manages to knock out the last Orc.

Bella thanks Oz, and Laress apologizes to Duergin as she treats his wounds. The Elves agree to travel east, but the humans want to interrogate the Orc prisoner first.

Ghor says that he serves Dol Guldur, not Krendis, the black wyrm of Rhun. Rather than kill him in cold blood, Nurnen offers to duel the blackguard.

The eastern Gondorian finds that the Orc is tougher than he expected, and Oz notes that they are fighting in blighted lands and have invoked the Necromancer. Nurnen does eventually defeat Ghor.

The Tower of Sorcery
The joint party turns back toward the river and sees a tower on an island. Kiaran and Avil-Kur scout ahead and pass blasted skulls sorted into piles by species. They also find a boat. 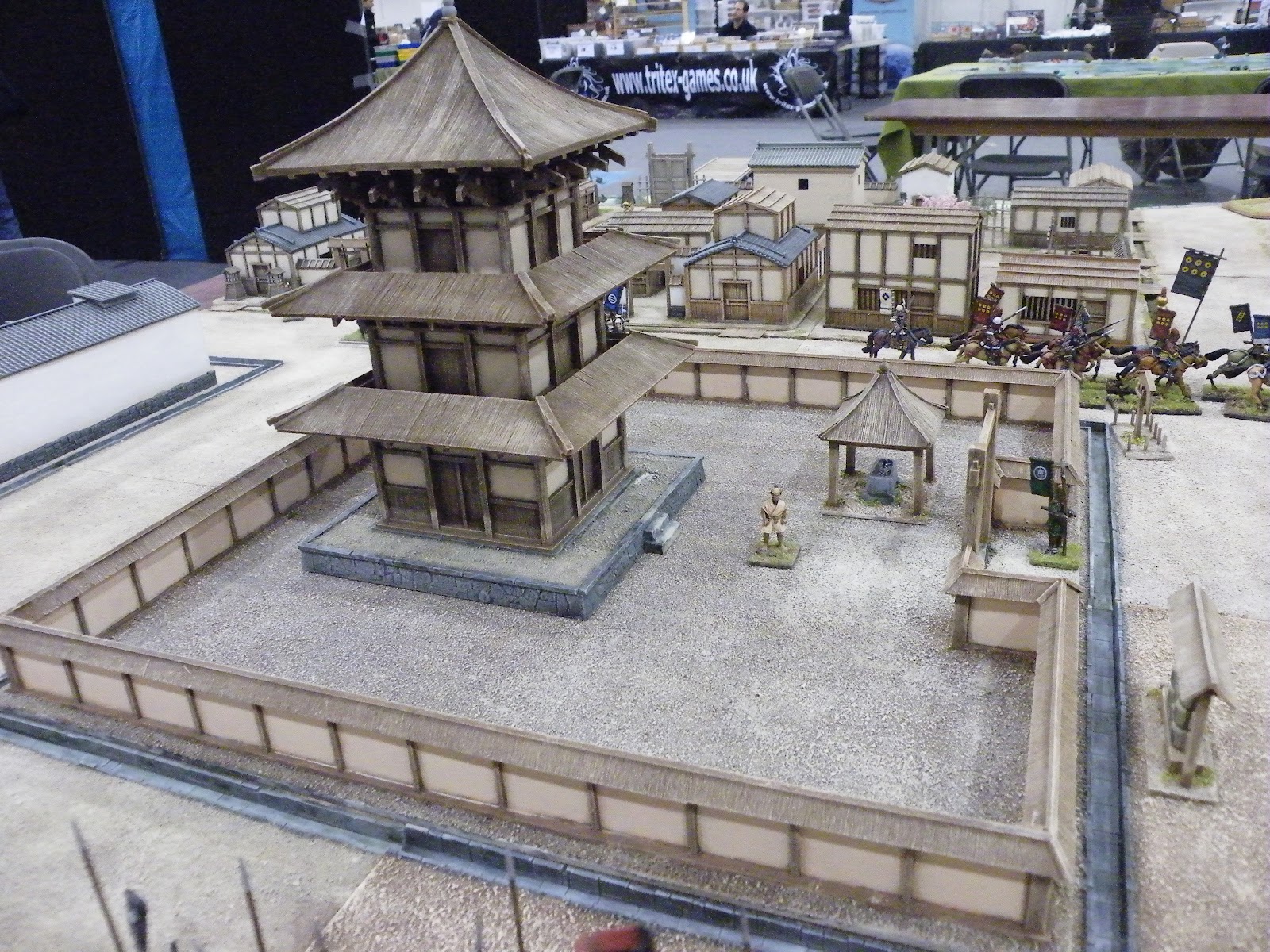 Duergin has a vision of a person of power in the shadows, so the Warrior sends his raven to fly over the fort. The group follows Jovin’s advice and is greeted by Connor Bracken, an aged human.

The explorers see eastern humans wearing old-fashioned clothing, as well as a few Dwarves and Elves. Connor takes them to a library of scrolls and Romestamo, a woman in blue robes.

Kiaran and Nurnen explain that the Shadow is spreading and that others seek the lore of the tower. Romestamo is reluctant to leave until Turlac mentions wraiths. The true nature of the robed figure is revealed as the Istari or Wizard Pallando, also known as Sulrandir to the Elves and Arashi Karasu to the Easterlings.

Jovin, Kiaran, and Oz stay with Romestamo as the Wizard scrambles around looking for something precious. She retrieves a Palantir, or Seeing Stone.

Connor takes Turlac and Duergin to the top of the tower, where they see two armies approaching. From the southeast come Orcs, Easterlings riding Oliphants, and a distant dragon.

From the northeast come dark Dwarves on lizards led by a Ringwraith (and, no doubt, Groin and Brolin). Nurnen and Laress rally the people of the onetime winery to evacuate.

As the adventurers and refugees leave the tower, Nurnen and Avil-Kur leads the way west toward Mirkwood. Laress asks Connor if he has any rare herbs.

Duergin plays his lute to keep their spirits up. Jovin helps carry supplies and makes caltrops, while Kiaran guards Romestamo. Oz grabs a blue sash, and Tuin and Turlac serve as rearguards.

Romestamo summons a snowstorm to hinder pursuit. The travelers races to stay ahead of the weather and the advance forces of the two armies. Exhausted, they rest for a night. A white dragon flies overhead, and the keen-eyed Elves and Rangers see a brand of a black and red eye on its right wing.

Fortunately, the drake doesn’t perceive the party, which reaches the relative safety of Mirkwood the next morning….