Fellow role-players, here are some notes from our heroic fantasy session of Monday, 23 January 2017:

Late in the Third Age, years after the slaying of the dragon Smaug and shortly after the expulsion of the mysterious Necromancer from Dol Guldur, the restored kingdom of Dale sends out a summons for brave adventurers.

From nearby Esgaroth, Jovin takes a boat up the River Running in search of trade and treasure. Kiaran crosses the Misty Mountains and Mirkwood, avoiding bands of Goblins and giant spiders on the way.

Oz turns from his investigation of rising evil around the Sea of Rhun and rides northwest to Dale. Tuin Chil Adel slips through the dark forests and finds other Elves among the men of Dale.

Jovin sizes up prospects in the market before heading to the palace. Kiaran is greeted formally by Rowan, a human steward. Oz learns of discontent among the Dwarves of Erebor from Ectherion, a captain of the guard.

Oz also hails grim Tuin, whom he has met previously in their travels. The four wanderers and others gather for an audience with King Bard, the Bowman.

The aging but hale ruler explains that he has need of scouts to explore a tower of sorcery in the eastern eaves of Mirkwood. Oz notes rumors of mustering forces in the eastern Iron Hills and around the Sea of Rhun.

The group agrees to go south to learn more about potential threats before they get too close to Dale. King Bard provides Kiaran with a black arrow as a token for passage among the Elves.

Wild Hobbit Oz scouts ahead into the wide Wilderland on his pony Whisperwind, followed by Dunedain Kiaran on Sirocco. Man of the Lake Jovin rides warhorse Spectre, and Wayward Elf Tuin brings up the rear on Manadh.

After a few days’ journey along the west bank of the river, the adventuring party spots a covered wagon mired in the marshes. Kiaran and Oz move forward, but Kiaran is caught in a trap as the wain tips over.

Oz spots Goblin snipers in the trees and draws his bow. Jovin dismounts and climbs a tree, while Tuin is enraged and grabs at a Goblin. The six nasty humanoids fire arrows, injuring Jovin and Oz.

Slayer Tuin switches to his great bow and skewers two Goblins. Kiaran helps him finish them off their foes, and the Ranger and Rogue find 20 silver coins of Dwarf make.

Oz attends to the wounded, and Kiaran pitches camp. The new team prepares to leave the river as it rides toward the East Bight, even as other would-be heroes converge…. 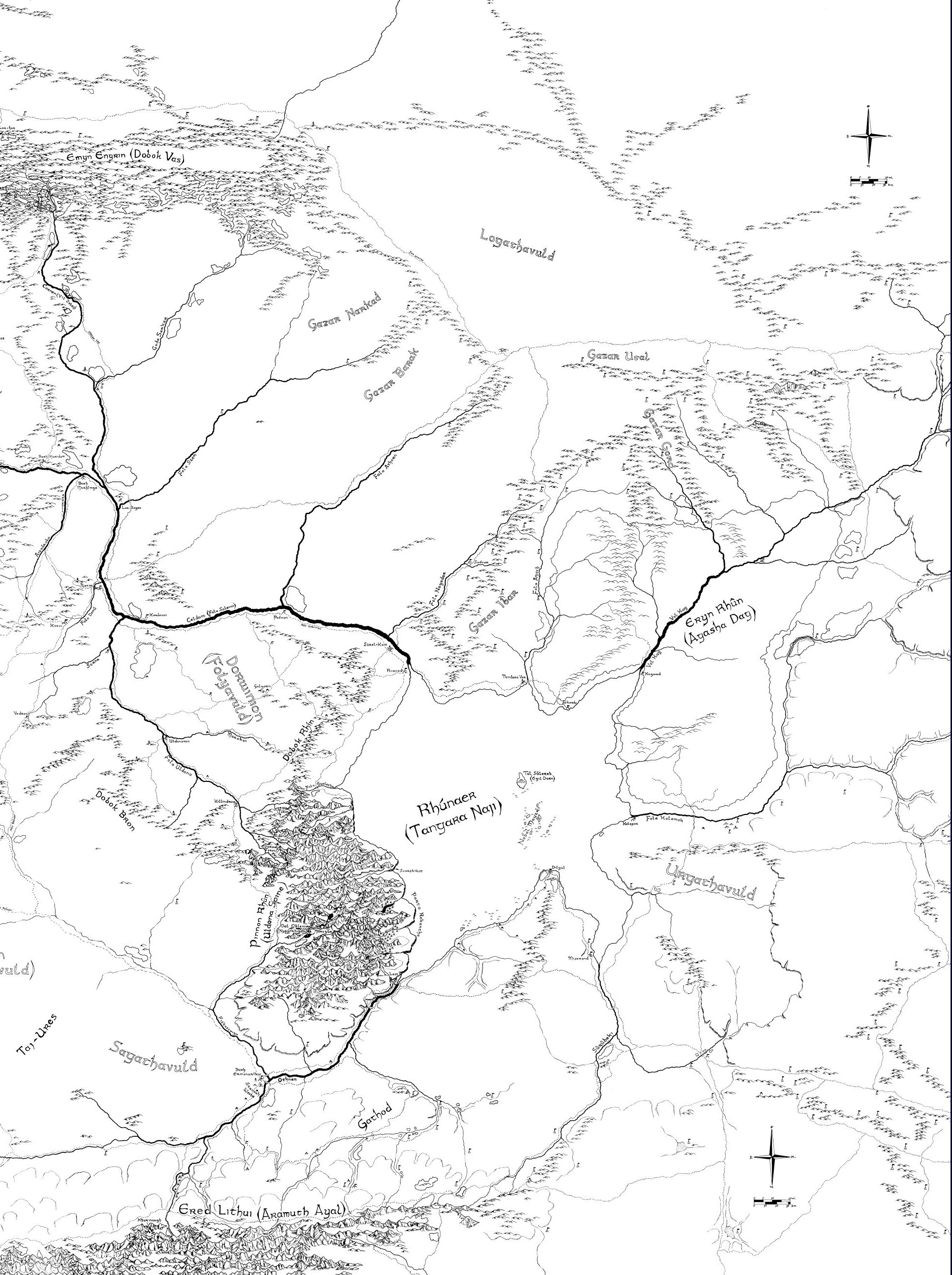 I recommend doing a quick search on YouTube on “How to play Dungeons & Dragons.” There are numerous how-to videos, as well as channels that show examples of role-playing.

Here are a couple more tutorials: